For me, a good bike ride is both relaxing and stimulating—a chance to revel in the passing scenery as I feel the wind blow across my face. But I never expected to experience this in New York City.  Navigating Brooklyn and a bit of Manhattan on two wheels for the first time was a sublime surprise. Instead of constantly peering over my shoulder fearful of cars speeding toward me (as I expected), I actually savored the street life all around while pedaling through town.

What made this ride so pleasurable and surprising is a well-connected grid of safe and comfortable bike routes featuring protected bike lanes on busy avenues and painted lanes on quieter streets. Built over the last decade as part of a methodical plan to improve biking in New York,  this network explains Brooklyn’s doubling of bike commuters over just five years, 2009-2014.

Those 10,000 new bike-commuting Brooklynites, not to mention the tens of thousands of others in the borough who now bike for shorter errands and social trips, are more than a trend.

“The next big idea for biking in the U.S. is building complete, connected networks of comfortable places to ride,” says Martha Roskowski, vice president of local innovation for the national bicycling advocacy coalition PeopleForBikes. “Most communities have bits and pieces of good bike routes. Maybe a nice pathway along the river, some quiet side streets, perhaps a few good bike lanes. But they’re pretty disconnected in most places, so people still don’t feel safe on bikes.

“When cities link bikeways together, it’s transformative,” she says.  “You see a lot more people on bikes, and more women and kids, not just those who are brave or who have special biking skills.”

For New York City, the payoff has been huge: new bike commuters in Brooklyn alone over five years are enough to jam 50 subway cars or pack the Brooklyn Bridge with autos for an hour straight.

Taking the Stress Out of Biking

This new focus on filling in missing bikeway links — and, therefore, on the people who aren’t currently biking — has been spreading across the country.

“It’s really exciting for us to be knitting a bicycle network together to create more options for people of all ages and abilities to get to work, school or stores,” explains Laura Dierenfield, active transportation program manager in Austin, Texas. “Our planning strategy is less about what we can do for bicycling, but what bicycling can do for a safer, more affordable and more sustainable Austin.”

“Increasingly, people are stepping up and saying, ‘I never ride a bike—but my kids do, or my neighbors do, or the people who work for me do, and I want them to be safe,’” says Roskowski. “We hear from business leaders who want their communities to be more attractive to employers and visitors. We work with neighborhood leaders who see biking’s potential as low-cost transportation and a good way for kids to get to the park.” 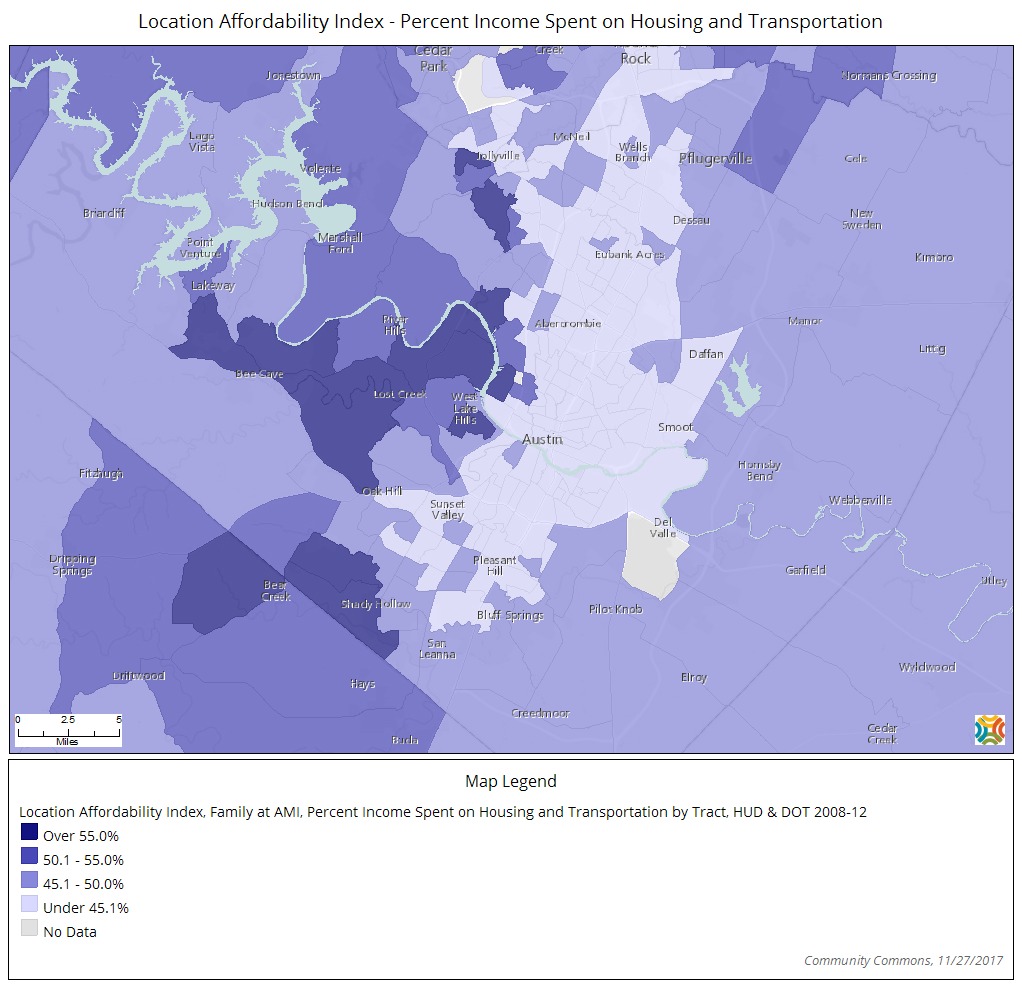 Roskowski’s group PeopleForBikes recently launched what it calls the Big Jump Project to help ten neighborhoods around the US show what’s possible when people on bikes experience the same level of comfort and ease that drivers have long enjoyed on American streets.  The idea is that creating and promoting less stressful networks will trigger sizable increases in bicycling in these neighborhoods over the next three years, and offer practical models for cities everywhere to do the same.

Austin is home to one of the 10 Big Jump neighborhoods. Another is in Fort Collins, Colorado.

“Our goal is to make our bike system more accessible for people, a low-stress network that is family-friendly,” adds Tessa Greegor, manager for the bike program in Fort Collins.

To accompany the Big Jump, PeopleForBikes and the planning and engineering firm Toole Design Group have teamed up to create a new procedure, called the Bicycle Network Analysis  that looks at the location, connectivity and quality of any city’s biking network to measure its strength.

This information will help answer many of the key questions about the future of biking. Which cities have the best networks? Which cities’ long-term plans have the most potential? And, most importantly, if a city wants the biggest biking boom for its buck, which missing links should be its top priorities?

“Take a typical suburban residential neighborhood as an example,” said Spencer Gardner, a planner for Toole Design Group who co-created the measurement tool. “Most of it is actually pretty comfortable for biking. But generally there are a few locations in the road network that are really important—meaning that they make connections possible from one place to another—that tend not to be very comfortable for biking.

“Those couple miles of arterial roads are the most important piece of the network for making it possible for people to bike around your city,” Gardner said.

A Giant Leap for Communities

Biking experts agree that building complete networks (by closing missing links) and measuring them (with tools like the Bike Network Analysis) is essential. But they also agree it’s not enough. After a century of building cities around cars, people need to be exposed to the idea that bikes can also be a practical, pleasant transportation way to get around.

“What drives people to bike is how well the bike network is integrated into the life of the community,” says Kyle Wagenschutz, who manages the Big Jump project for PeopleForBikes.  “Our work is not just to put in bike lanes, but to help transform local landscapes by linking bikes to community-driven initiatives and programs that support more vibrant and sustainable neighborhoods.”

Prospects for  better biking across America look promising to Gil Peñalosa—a globe-trotting advocate for creating communities that work for people of all ages—based on what he saw happen in Seville, Spain.  “Like in the US, people there said ‘we will never bike because we love our cars too much’. But they went from 0.6 percent of trips by bike to almost seven percent in three years by building a connected grid of 100 miles of protected bike lanes.” 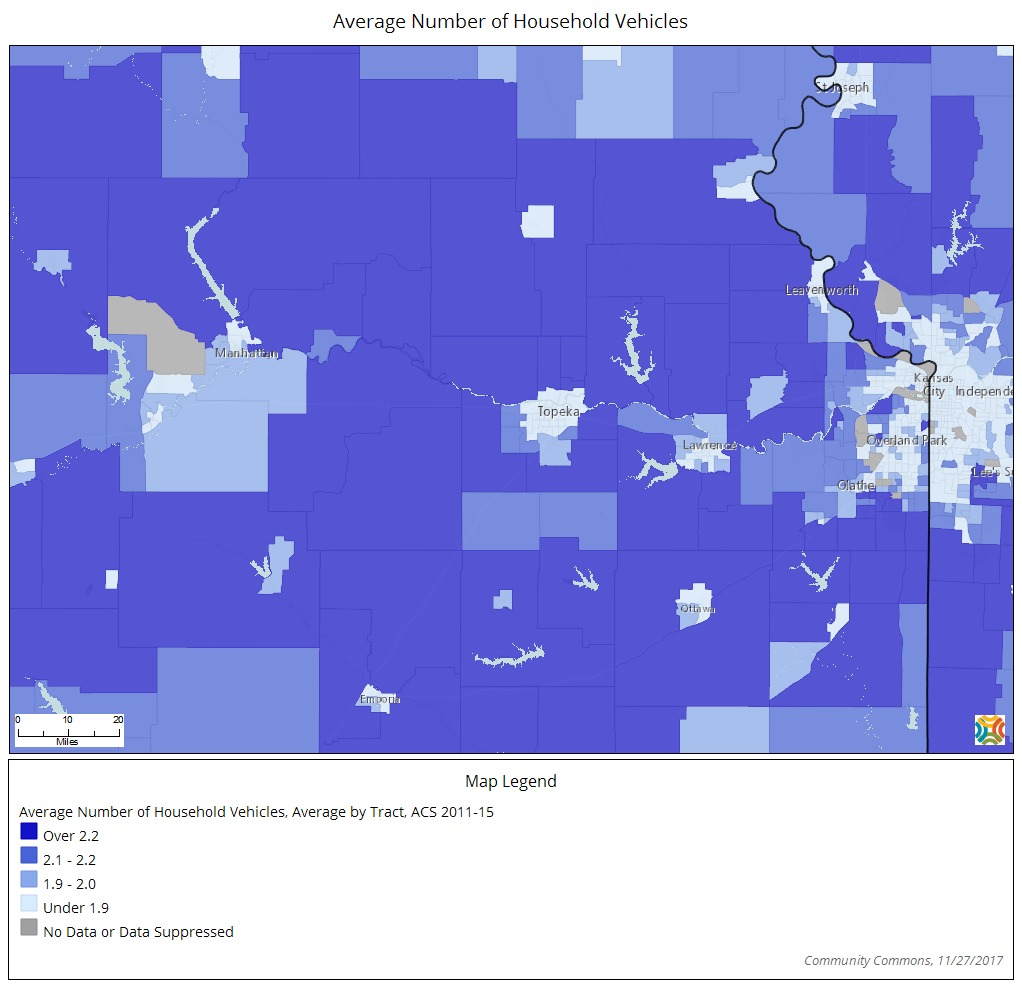 Turns out it was not love of cars (or even the city’s scorching summer temperatures) that prevented people from biking, Peñalosa says. It was “poor connectivity in the street grid for cyclists. If people have safe, easy access from their house to where they want go safely, they will ride.”

Peñalosa also points to Bogotá, Colombia—where he was parks commissioner in the 1990s and his brother Enrique is now mayor—which boasts one of the world’s most extensive bike networks with 250 miles of protected bikeways and another 250 miles under construction over the next three years. Around 400,000 bike trips are made around the city each day, significantly increasing traffic capacity on the city’s streets.

Closer to home, Calgary, Canada, offers a shining example of how connected bike networks can bring change fast—even in a sprawling city in a province whose oil and gas industry sometimes earns it the title “Texas of the North.” In 2014, the city council narrowly approved plans to create a 4-mile network of protected bike lanes on four downtown streets all at once.

Within three months, bicycling on those streets doubled. Within a year, overall bicycle trips downtown soared 40 percent. City data found that the ratio of women biking downtown rose eight percentage points, while the number of people biking illegally on the sidewalks fell 16 percent. Delays for people driving was no more than 90 seconds, even during rush hour. A year after the network was built, two-thirds of all city residents supported it, and the city council voted 10-4 in December 2016 to make the changes permanent.

“As we look at the data, more people are cycling, we’ve lowered the percentage of injury collisions throughout the core, and we’ve had pretty minimal impact on automobile traffic, so I’m quite pleased,” announced Mayor Naheed Nenshi, who noted he himself does not ride a bike.

Last fall Edmonton—Calgary’s rival in NHL hockey and many other things—launched a similar project for its own downtown.

The Building Blocks of Great Biking

Numerous studies document that protected bike lanes increase the rate of bicycling by an average of 75 percent, reduce bicycle and pedestrian injuries, relieve stress on the streets for drivers  and spur economic growth in the neighborhoods where they are constructed. They generally are built along busy arterial streets, giving people safer access to businesses and other popular destinations.

Vancouver, British Columbia now sports more than 20 neighborhood bikeways, part of a 100-mile network that will eventually reach within a ten-minute bike ride of every resident. Portland, Oregon has built more than 70 miles so far, and Austin and Tucson are working on extensive networks of their own. Seattle took a step in this direction by lowering speed limits to 20 miles per hour on 2400 miles of residential streets across the city.

Salt Lake City, Austin and Davis, California (where bikes make up 20 percent of local traffic) have recently built the nation’s first protected intersections, which make a few design tweaks that rearrange traffic flow so people on bikes and in cars don’t have to look over their shoulders for one another.

“If I make it there, I’ll make it anywhere,” goes the old song “New York, New York.” And this is true for bicycling too.

America’s biggest, most boisterous and densely settled city shows  the important role bikes can play in 21st century life.  On a typical day, close to a half-million bike rides are taken around the city, and more than 775,000 New Yorkers cycle regularly. The number of people riding bikes daily rose 80 percent from 2010 to 2015—the period when major bike improvements began appearing on the streets. The city’s growing network of connected bike routes accounts for these surprising numbers.

Parts of Brooklyn offer a glimpse of what biking could feel like in the future.  Never once did I feel threatened by traffic throughout my three-hour ride in and around Brooklyn—which covered the neighborhoods of Cobble Hill, Carroll Gardens, Park Slope, Prospect Heights, Williamsburg, the green expanses of  Prospect Park, the old Navy Yard, into Manhattan on the Williamsburg bridge, around the Lower East Side and Chinatown, back over the Manhattan Bridge (where we ran into a bike traffic jam) then on to DUMBO, downtown Brooklyn and Boerum Hill.

“Some of the sense of security comes from the neighborhood itself,” explained my tour guide Jon Orcutt, former policy director of the New York City Department of Transportation and now advocacy director at TransitCenter.  “The network of bike lanes has made drivers in this part of Brooklyn more accustomed to looking out for bikes.  In many cases they’re bicyclists themselves.”

“The key to a good network is to put the lanes where people want to go, not just where it’s easy to build them,” Orcutt said.

“The real beneficiaries of all this are the kids, who now have a place to ride, and the older people, who feel safer now that most bicyclists are off the sidewalks,” he added.

“In Brooklyn what you see is the explosion of a demographic—younger people and young families—that are really into bicycling and a city government that is responsive to that,” says Randy Neufeld, a longtime Chicago-based bike strategist and director of the SRAM Cycling Fund.  “But pretty much every city has neighborhoods with those same elements.”

“Yet it’s important to remember,” he continues, “that it’s not just hipsters out on those bikes, but also people like a 50-year old cleaning woman riding to work.”

Jay Walljasper—author of the Great Neighborhood Book and Urban-Writer in Residence at Augsburg College in Minneapolis— consults, writes and speaks about creating stronger, brighter communities.  His website is JayWalljasper.com.