The Environmental Protection Agency (EPA) recently released climate change-related data. By looking at these climate change indicators, we can see how our climate has changed over time. Rising global temperatures, which are significantly driven by greenhouse gases, are an important contributor in these changes.

With climate change it’s hard to say an extreme weather event is caused by rising temperatures because we can’t say whether the event would have happened or not. What we can look at is how changing conditions, like rising temperatures, could be contributing to the more severe events we are seeing (i.e. heavier rainfall). To see just how much our climate has changed, take a look at these before-and-after photos NASA has shared.

The 48 contiguous states have seen a rise in average temperatures since 1901. In fact, the warmest years on record among the states was in 2012 and 2015. These rising temperatures are expected to continue. However, it has not been an across the board change. Alaska and the northern and western parts of the US have seen increasing temperatures, while parts of the south have seen little change in temperature. Temperature is a fundamental climate change indicator as it can impact natural processes and ecosystems. For example, if temperature changes too quickly it does not give the environment (i.e. plants, animals) enough time to adapt. 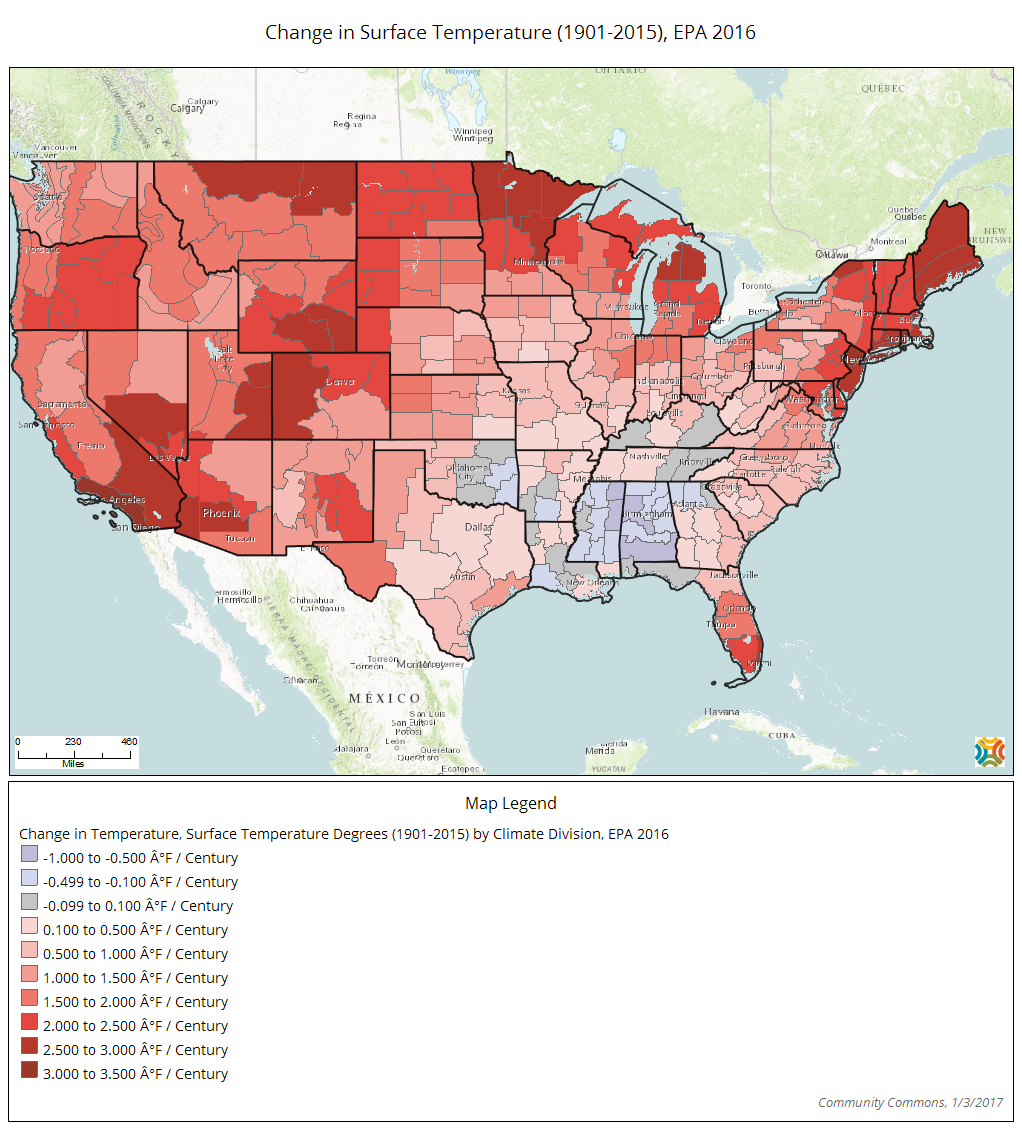 Regions across the US are seeing heavier rainfalls, which has led to increased flooding. This is especially true for the Northeast and Midwest. Areas like the West, that are seeing prolonged periods of drought are, not surprisingly, seeing a decrease in flooding. But what makes this indicator important is how changing patterns in precipitation, snow, and flooding can impact the environment. While regular flooding actually helps the environment by balancing the nutrients in flood plains, the increased frequency of floods in areas across the US is wrecking havoc on the soil, crops, aquatic life, water treatment systems, homes, infrastructure, and communities in general. 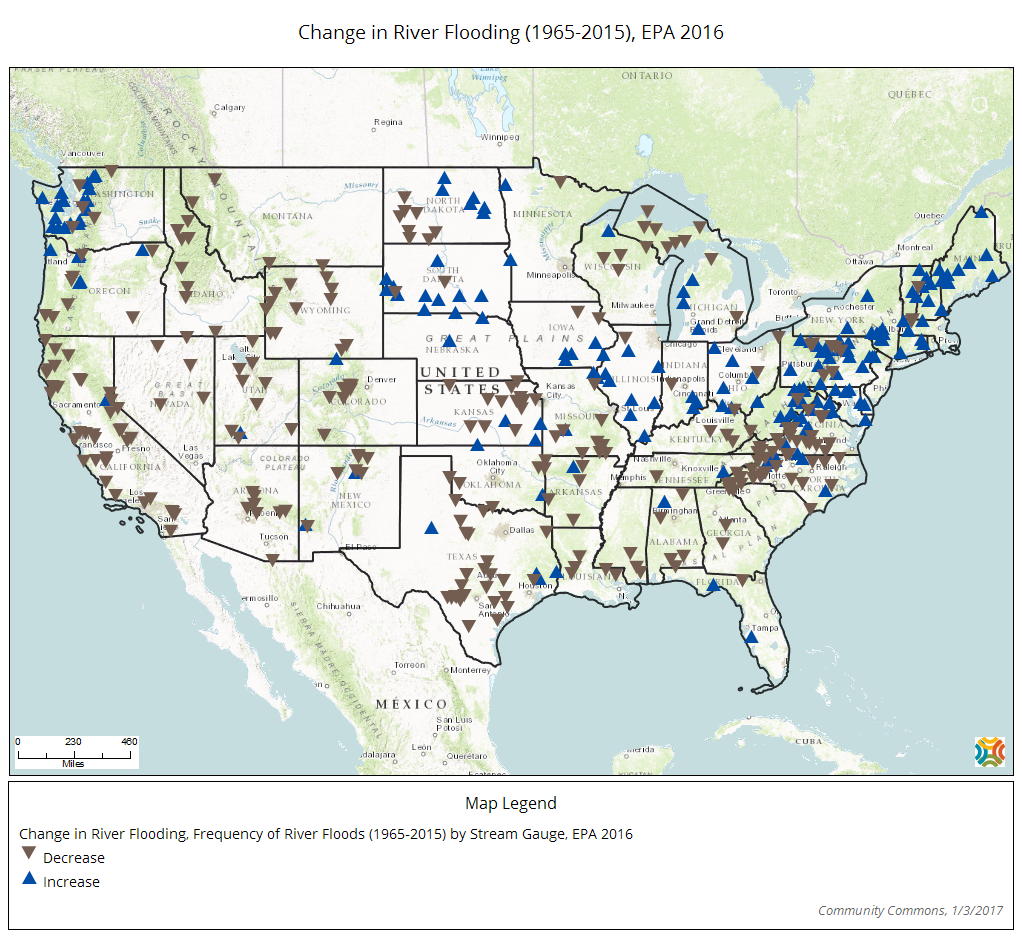 In the last half of 2012, more than half of the U.S. land area was in drought. For several states it was the driest year on record. Rising temperatures have contributed to these conditions as it can impact the rate of evaporation on land. The EPA Climate Change Indicators report explained it this way, “An increase in evaporation makes more water available in the air for precipitation, but contributes to drying over some land areas, leaving less moisture in the soil. Thus, as the climate continues to change, many areas are likely to experience increased precipitation (see the U.S. and Global Precipitation indicator) and increased risk of flooding (see the Heavy Precipitation indicator), while areas located far from storm tracks are likely to experience less precipitation and increased risk of drought.” 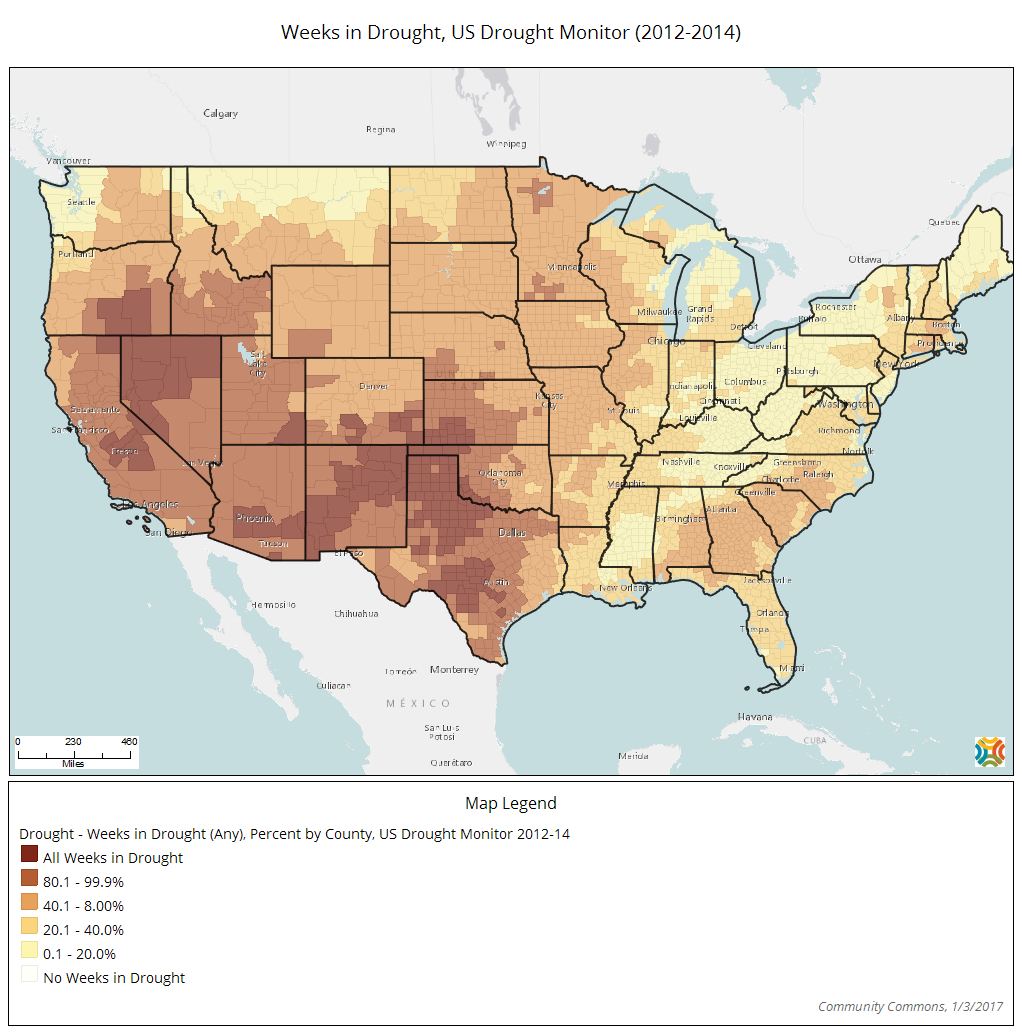 Since 1901, average precipitation has increased by 0.17 inches in the US. It’s most notable in the Midwest and Northeast. This pattern is not the same for all parts of the US, but it’s important to note that as the average temperature continues to rise, we can expect to see an increase in precipitation, especially extreme one-day precipitation events. Rising temperatures causes water to evaporate more quickly which leads to more frequent and heavier precipitation. 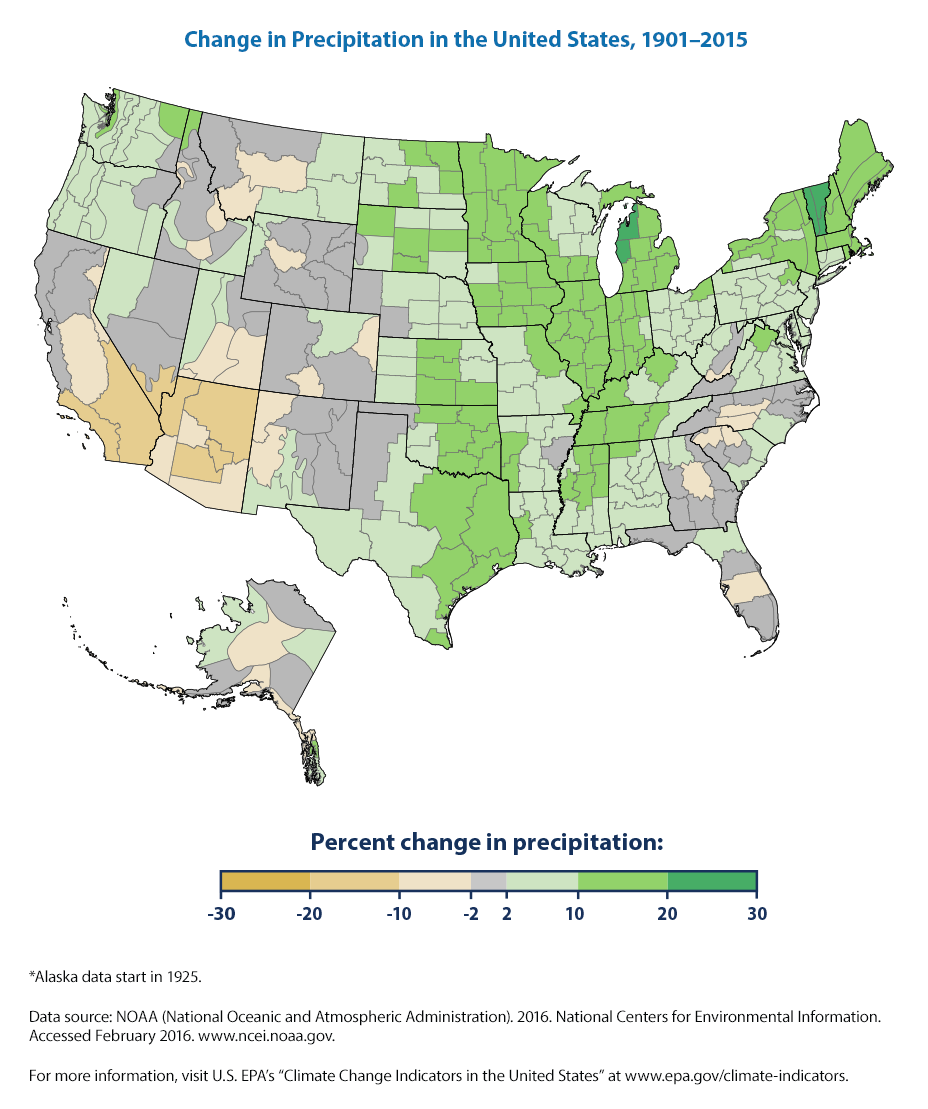 Climate change indicators like the ones listed above highlight how rising temperatures can contribute to the increasing number of extreme weather events, like heavy precipitation. It’s important that communities be aware of environmental threats specific to their region, so they can adopt economic, technological, and political strategies that can help mitigate the impact of climate change. The National Climate Assessment report provides an interactive and comprehensive look at the multitude of ways climate change affects different regions in the US. It’s a great way to not only see the affects of climate change by region, but also provides response strategies communities can implement to improve and protect the public health and quality of life for its members.