Developed by Seabourne Consulting, experts in Homes on the Range: Homeownership Rates Are Higher in Rural America

Homes on the Range: Homeownership Rates Are Higher in Rural America

This article was written by Christopher Mazur. It was originally published to the Census blog, Random Samplings, on December 8, 2016

For decades, homeownership rates have been an important indicator of the health of housing markets all across the United States. Communities use these data to recognize the changing landscape of their housing markets by analyzing patterns in the percentage of owner-occupied housing units compared  to all occupied units. Homebuilders, financial institutions and realtors all depend on homeownership data to determine what type of housing to build, finance and sell to prospective homebuyers. While last decade’s housing crash and Great Recession altered the economy and conditions of housing markets throughout the nation, studies have shown that most Americans continue to believe homeownership is both desirable and attainable.

Data from the American Community Survey provide the opportunity to learn more about homeownership in America and how it differs between rural and urban areas. With the American Community Survey 5-year data for geographies with populations less than 65,000, homeownership can be analyzed beyond just the nation and regions but also by rurality of a county. For more information about how the U.S. Census Bureau defines urban and rural geographies, see Defining Rural at the U.S. Census Bureau. 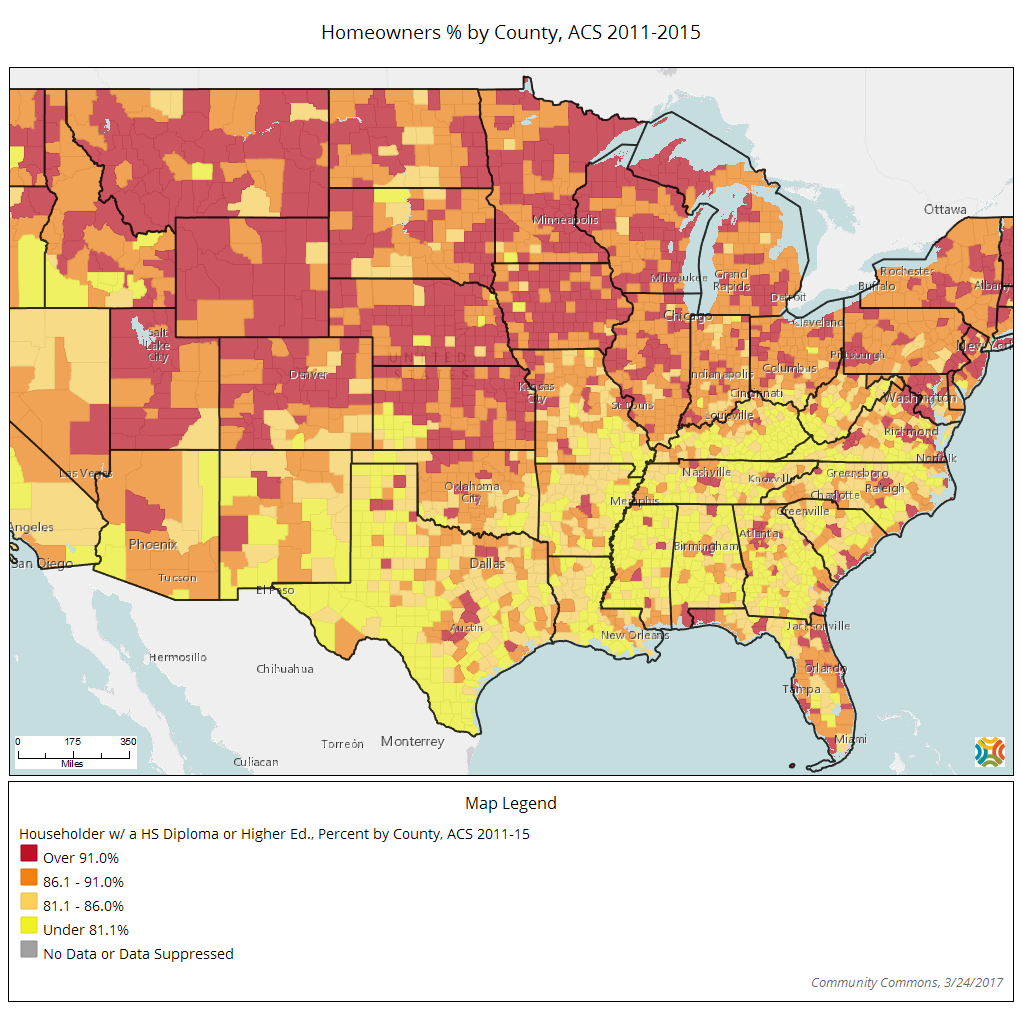 County level analysis was conducted by categorizing counties into three levels of rurality based on the percentage of the decennial census population living in the rural areas of the county in 2010. The counties were delineated as completely rural (100.0 percent rural), mostly rural (50.0 to 99.9 percent rural) and mostly urban (less than 50.0 percent rural). (See all U.S. counties and their level of rurality here.) 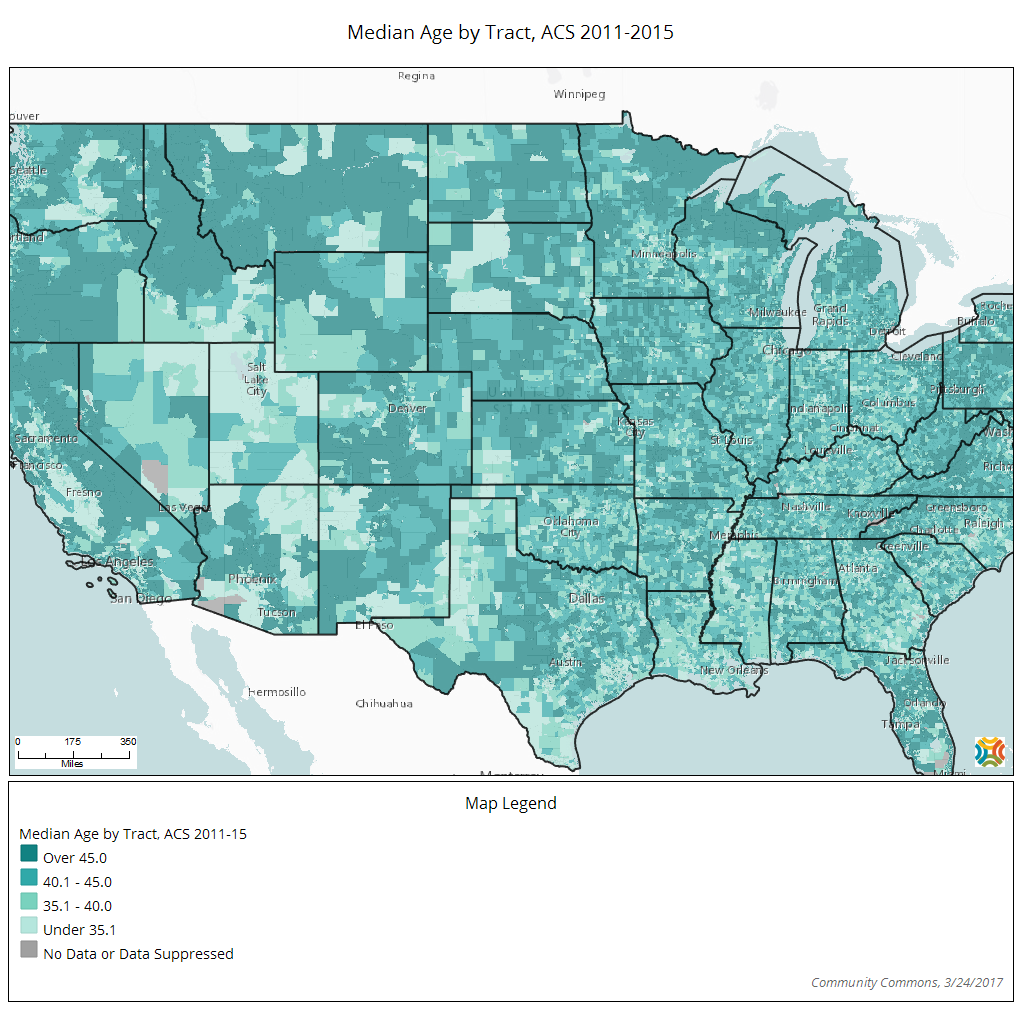 Being a homeowner carries a huge financial commitment. Paying a monthly mortgage, utilities, real estate taxes, property insurance and any applicable fees for living in a condominium or mobile home can quickly add up. However, these housing costs were not as high in rural areas as they were in urban areas. In rural areas, the median monthly housing cost for households paying a mortgage was $1,271, lower than the median monthly housing cost of $1,561 in urban areas. 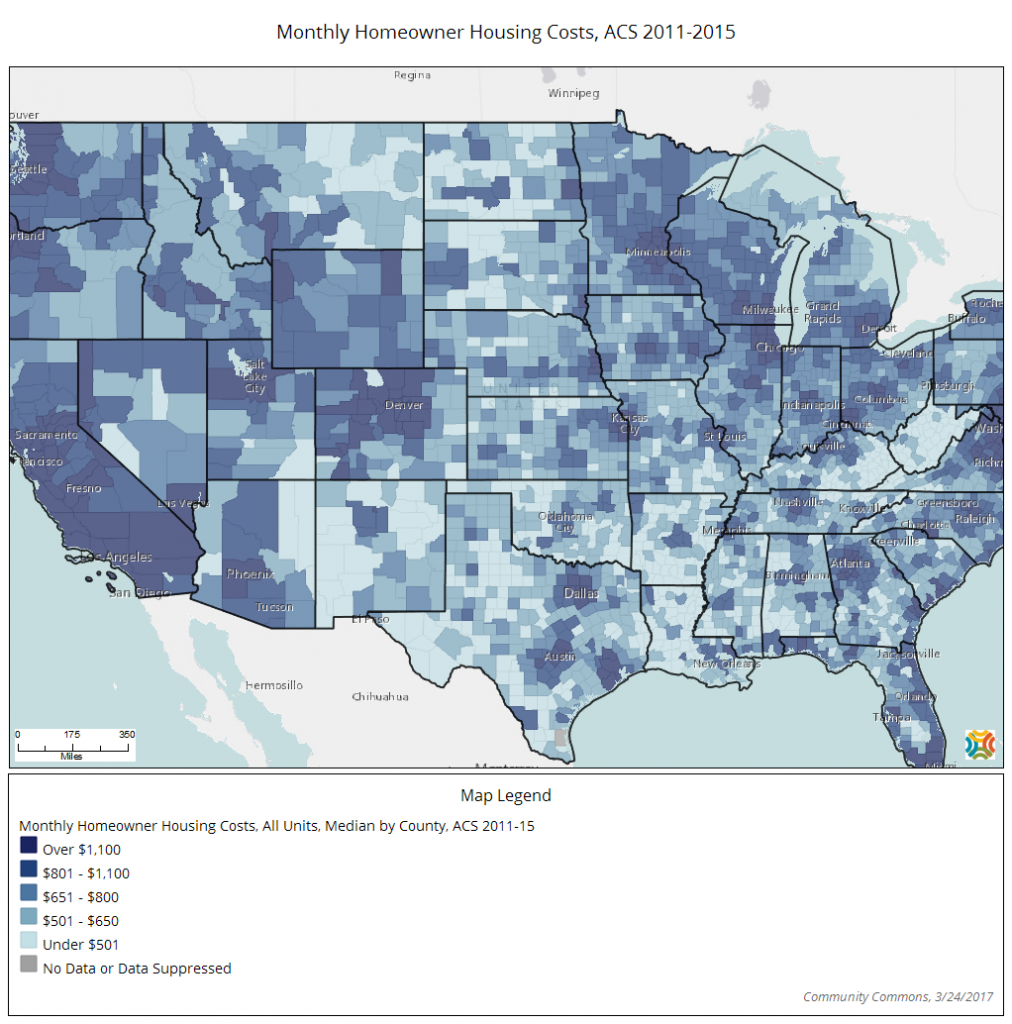 Another interesting fact about owner-occupied households in rural and urban areas is that  a higher percentage of housing units were owned “free and clear” in rural areas (44.0 percent) than urban areas (32.3 percent). That is, there was no mortgage or loan on the house. As a result, by not having a mortgage these households have lower monthly housing costs which frees up more financial resources for discretionary use.

Understanding our changing population and housing stock is important to the well-being of all American communities.  The American Community Survey is the only data source that gives all areas, whether they are big or small, rural or urban, the ability to better plan and address local housing trends and needs. 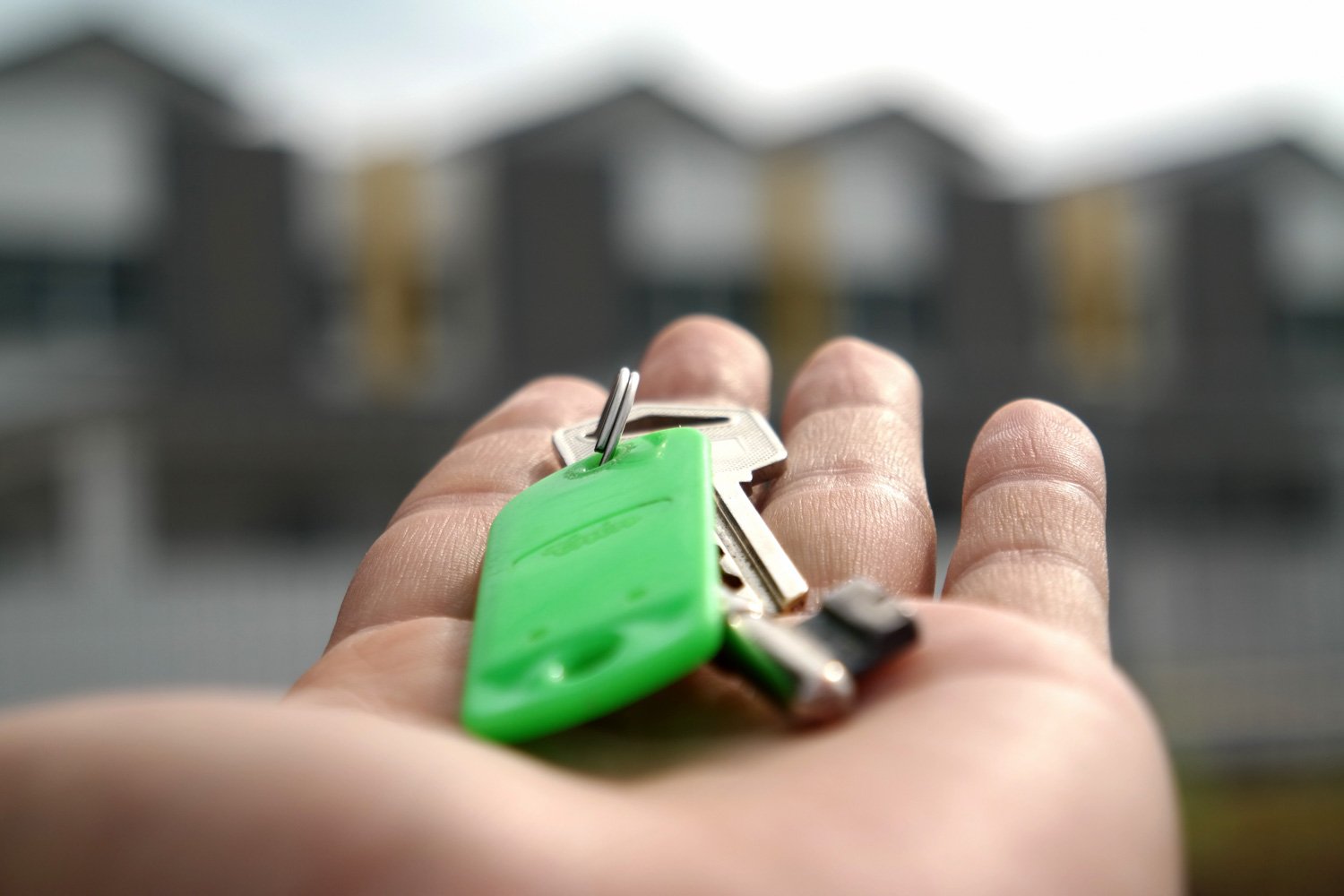